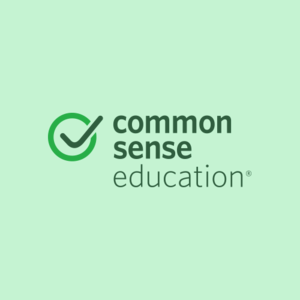 District awarded for preparing students to think critically, ready themselves for pitfalls in the online realm

Common Sense, the national nonprofit organization dedicated to helping kids and families thrive in a world of media and technology, has recognized Crandall ISD as a Common Sense District—a distinction awarded to fewer than 150 districts across the country.

To qualify for the designation, at least 75 percent of the campuses in a school district must teach instruction centered on digital citizenship. CISD surpassed that mark with 85 percent meeting the criteria. Districts must also demonstrate continued commitment to providing safe and innovative spaces for students to thrive as they harness the full potential of technology for learning and life.

“We applaud the faculty and staff of Crandall ISD for embracing digital citizenship as an important part of education for their students,” said Liz Kline, vice president of education programs at Common Sense Education. “The district deserves high praise for giving its students the foundational skills they need to compete and succeed in the 21st-century workplace and participate ethically in society at large.”

According to Kline, CISD has continually demonstrated its commitment to a whole-community approach in preparing students to think critically and using technology in a responsible way to learn, create and participate. The district also strives to prepare students for the perils that exist in the online realm, such as plagiarism, loss of privacy, and cyberbullying.

Marnie Cushing, coordinator of library services for CISD, says with the right support, students learn to take ownership of their digital lives, engage with real issues, and change their communities for the better.

“We're honored to be recognized as a Common Sense District,” Cushing said. “By preparing our students to use technology safely and responsibly, we are providing them an opportunity to build lifelong habits to help them succeed in a tech-driven world.”

The Common Sense resources were created in collaboration with researchers from Project Zero, led by Howard Gardner at the Harvard Graduate School of Education, and are grounded in real issues faced by students and teachers. The curriculum is used in classrooms across all 50 states, in more than 65,000 schools and by more than 750,000 educators.

To learn more about the program, visit commonsense.org/education/recognition.